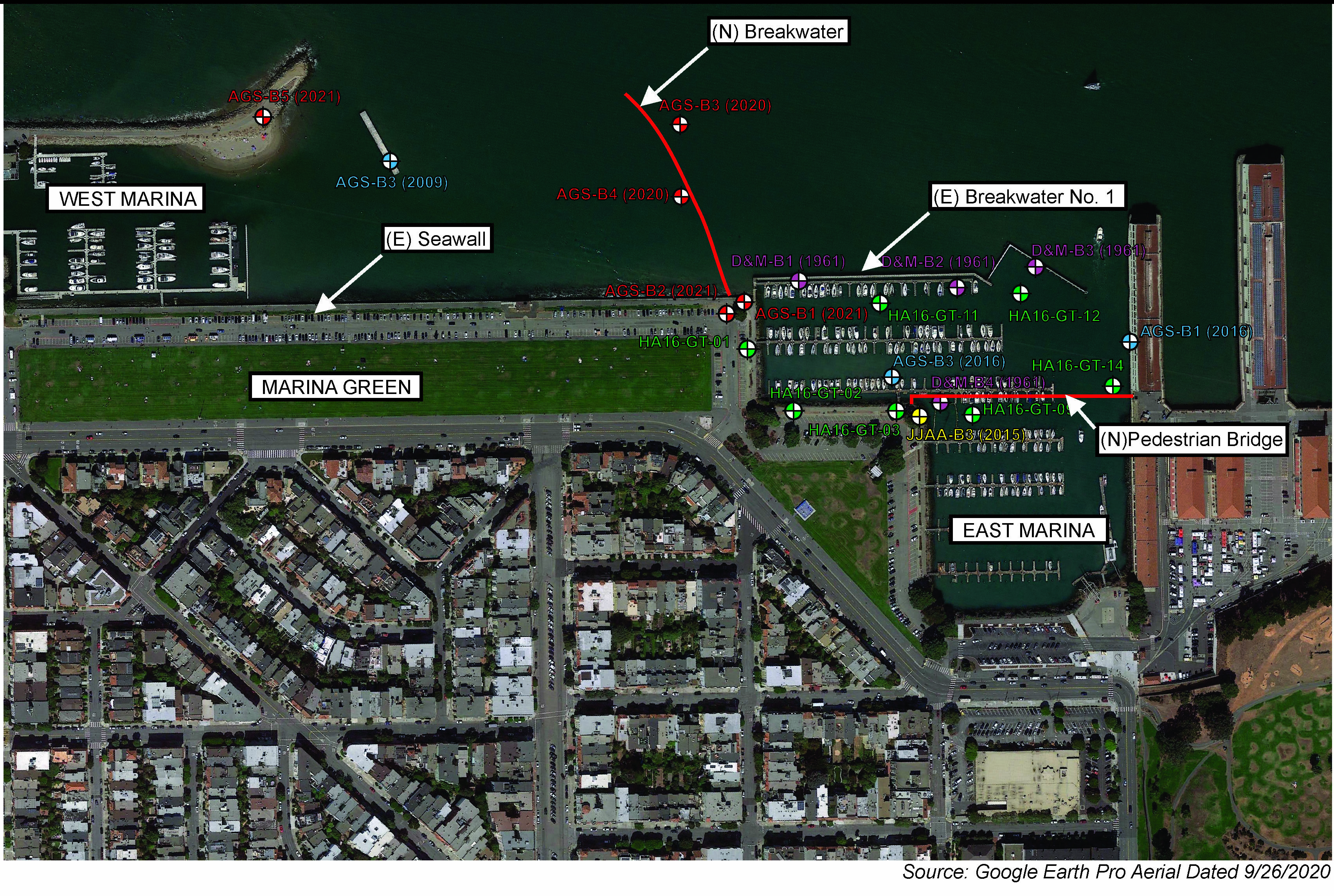 The Marina District was originally a natural basin filled in various episodes between 1857 and 1917. Beginning in the 1890s, a seawall was constructed, largely from dumping rock hauled to the site by barges. Portions of this 1,100-foot-long seawall were in place during the 1906 earthquake. Following the 1906 earthquake, the majority of development occurred; but from the development that existed and anecdotal observations, it is clear that there was severe ground shaking in the area that caused building damages. Damage to the Baker Street sewer was also noted.

In 1912, the lagoon that formed behind the seawall was eventually filled in from offshore dredged materials. In 1989, there were some major damages from the Loma Prieta Earthquake in the Marina District related to the ground failure of fill materials. Differential settlements and lateral displacements were observed and documented within the Marina District area.

The San Francisco Recreation and Park District (SFRPD), is endeavoring to make major improvements to the over 100-year-old Embarcadero Seawall so the City can withstand the next major earthquake and can prepare for sea level rise. As part of this improvement, SFRPD plans to upgrade the existing Breakwater No. 1 at Marina East Harbor, constructing a new breakwater for Marina West Harbor, and constructing a pedestrian walkway bridge at Marina East Harbor that will connect Marina Greens to Fort Mason.  AGS has been asked to evaluate existing static and dynamic pile load capacities as well as seismic stability of adjacent shoreline sections that may impose loads on Breakwater No. 1 under the design earthquake.

AGS performed a geotechnical study for the project. As part of the geotechnical study, AGS evaluated static, post-seismic, and pseudo-static slope stability at different sections along the shoreline and seawall. Additional exploratory soil information is required to develop soil parameters for analysis sections where data is insufficient. The subsurface exploration program consisted of drilling three (3) onshore soil borings and two (2) offshore soil borings for the primary purpose of characterization of the potentially liquefiable fill soils overlying the bay sediments. Deformations were evaluated using both SLAMMER and FLAC3D computer software programs based on site-specific spectral accelerations for the Design Earthquake based on Chapter 21 of ASCE 7-16 and the methods of NCHRP Report 611, Seismic Analysis and Design of Retaining Walls, Buried Structures, Slopes, and Embankments. Structure-soil-structure Interaction (SSSI) analyses were performed to evaluate the performance of the existing seawall, rock dike, concrete-sheetpile-supported breakwater with batter piles, and the proposed pedestrian bridge and its connections to the existing embankment. Estimated deformations serve as an index for understanding the deformation pattern and developing mitigation alternatives for the improvement of the existing seawall and the existing breakwater. 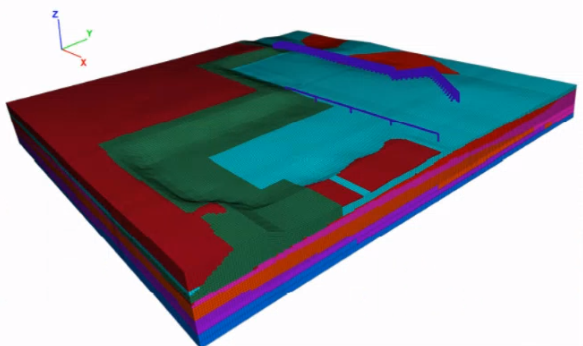